Giving Constructive Criticism? Here’s What Not To Say If you want to give constructive criticism, it’s important to come off as supportive and understanding, and not aggressive and condescending. The first step to not putting your team offside is avoiding these 3 phrases.

This phrase might not seem like a big deal. But let’s take a step back to understand what it really represents. By giving constructive criticism, you’re telling someone they’re doing something wrong. For the receiver, it’s natural to be a little upset or embarrassed by this. But when you’re made to feel like you’ve been making the same mistake repeatedly for all of eternity and no one has bothered to tell you. Then things become extremely embarrassing and very annoying.

There’s no need to tell someone they always do something wrong. Once they know what they’re doing wrong, they’ll work out pretty quickly in their head how many times they’ve made the mistake. Don’t rub it in. Instead, maybe try something along the lines of “I’ve noticed that you did xyz..” or “I saw that you did xyz…”

Let’s use an example. You’re eating out with a group of people, you’ve finished your meal and you now have something in your teeth. Here are two examples of how it plays out.

It’s the same when you are giving constructive criticism. There’s no need to tell the person that “everyone’s noticed that…”. All it’ll do is make the person feel like they’re being teamed up on and gossiped about. And this is one sure way to distance a team member. Make it personal, and don’t involve the team, you want to help the employee get better and this isn’t done by embarrassing them.

Constructive Criticism is better given out based on facts, and not opinion.

Not everyone goes about their job the same way. That doesn’t necessarily mean the way you do it is right and someone who does it differently warrants correction. By telling people this, you risk coming off as particularly patronizing. And most likely, the person you’re giving feedback to is going to tune out of the rest of your conversation.

Giving constructive criticism can be difficult, but it’s an extremely important part of management. If done right, it’s a way to build a good relationship with your team as well as keeping everyone productive and on track. But it’s important to get your message across correctly, and you can start with what you do say, and more importantly, what you don’t.

RELATED: 10 Best Ways To Give Negative Feedback To Employees How to Hire More Diverse Candidates with Inclusive Job Descriptions The skills shortage: recruitment in a candidate-driven market Recruiter of the Month: Liisa Olsson 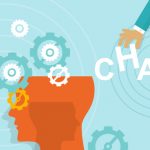 Get to know TalentVine's Powerpack without any commitment.

Let us know the ideal hire that you’re looking to make. You’ll remain anonymous and receive custom quotes from specialist recruiters that are able to help. There is no cost to proceed, and your details will never be shared without your permission.