How to Perform a Reference Check Think you’ve found the perfect candidate for a position at your organisation? Or are you still unsure which applicant to proceed with? Conducting a reference check at this stage will help you to reaffirm your choice, or distinguish the good from the great. Speaking to references should be a key part of every employer’s hiring process, but how do you check references properly, and what questions should you ask?

Getting quality information from a previous employer of your candidate can be difficult, as many organisations have policies to protect them from legal issues. Some employers have been sued in the past for revealing too much, or too little, about a former employee, making organisations wary of what they share.

Read on to find out what questions to ask in a reference check, and some best practices when conducting one.

Why Conduct a Reference Check?

Reference checking helps you to not only verify the experience and qualifications of a candidate, but also lets you ensure that the person you’re hiring is the right cultural fit. The cost of making the wrong hire can be quite significant and performing a reference can help avoid this for relatively little investment.

Since past performance is often the best predictor of future performance, a reference check is one of the most important steps in the recruitment process.

Ask for the Candidate’s Response

A good question to ask your candidates during an interview is ‘What do you think your former employer would say about you?’ This provides you with a good starting point when you follow up with the reference and gives the candidate the opportunity to be open and honest.

If the prospective employee will be reporting to you if and when they start, try not to delegate the reference check. Speaking to a former boss or manager gives you the opportunity to not only verify past performance, but allows you the chance to gain some insight into how you can get the most out of this candidate. Being more familiar with the role at hand, you may also have follow-up questions that would not occur to another interviewer, and speaking to a reference in a similar position may open them up to being more candid.

Some employers may have policies in place that only allow them to confirm facts, such as verifying the candidate was employed, what their title was, and the dates they started and ended employment there. If they are hesitant to elaborate further, try asking more direct questions to help them open up. For example, “What were the strengths and weaknesses of this employee?” may be too open-ended. Instead, ask “Would you rehire them given the opportunity?”

Keep an Eye Out for Red Flags

When checking references, there are a number of signs to watch out for that could indicate something’s not right. Of course, sometimes this could be down to simple errors, so make sure to investigate each, rather than dismissing a candidate immediately. Some red flags to watch for include inconsistencies in what the candidate says and what the reference says, feedback that is excessively positive and almost too good to be true, wrong contact information, and of course, negative feedback. As above, any of these can be bad indicators, but you should do your own due diligence before throwing a candidate out. There could be a perfectly reasonable explanation behind it.

What Questions to Ask in a Reference Check

Firstly, you will of course want to verify the reference and their relationship to the candidate, as well as relevant dates, job titles and other facts. Once that is done, you can really dig deep and gain some insight into the candidate’s past performance and personality.

Here are some questions you should ask when performing a reference check:

Jonathan Mathers, Account Executive from Xref recognises that moving into 2022, Digital Technology is allowing references to be completed within 24 hours while negating timezone & connectivity challenges. Digital reference checks also provide you with the opportunity to:

3. Attract & recruit new talent. Referees digitally opt in to hear about future job vacancies, and their data is stored securely in an easily searchable talent portal. With an average of 50% opt-in, this feature enables employers to capture industry-relevant talent and start to create deep talent pools & contribute to succession planning strategy. https://www.xref.com/platform/talent-sourcing

To really understand whether a candidate is a good fit, and verify what they say in an interview, it’s important to talk to references. Doing so helps you to gain a more complete understanding of a candidate’s capabilities, and as such, is a vital step in the selection process.

Of course, it can be hard work following up with references, especially if you’ve still got quite a few candidates on your shortlist to consider. Working with an external recruiter may be a better option, as they will narrow down the candidate pool to the top picks and perform reference checks for you. When you’re provided candidates from a recruiter, you can be sure that they’re the best of the bunch.

TalentVine can connect you to the top recruiters specialising in your industry. Post a role, watch the bids come in, and select who to work with based on past performance metrics, rates, reviews and more. How Expensive Are Recruitment Agency Fees? Get the Best Possible Outcome With Your Recruiters Keep Culture Strong in a Hybrid or Remote Workplace 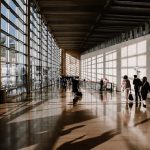 What You Need To Know Before Recruiting International TalentRecruiting & Hiring Why Soft Skills Are So Important In RecruitingRecruiting & Hiring

Get to know TalentVine's Powerpack without any commitment.

Let us know the ideal hire that you’re looking to make. You’ll remain anonymous and receive custom quotes from specialist recruiters that are able to help. There is no cost to proceed, and your details will never be shared without your permission.